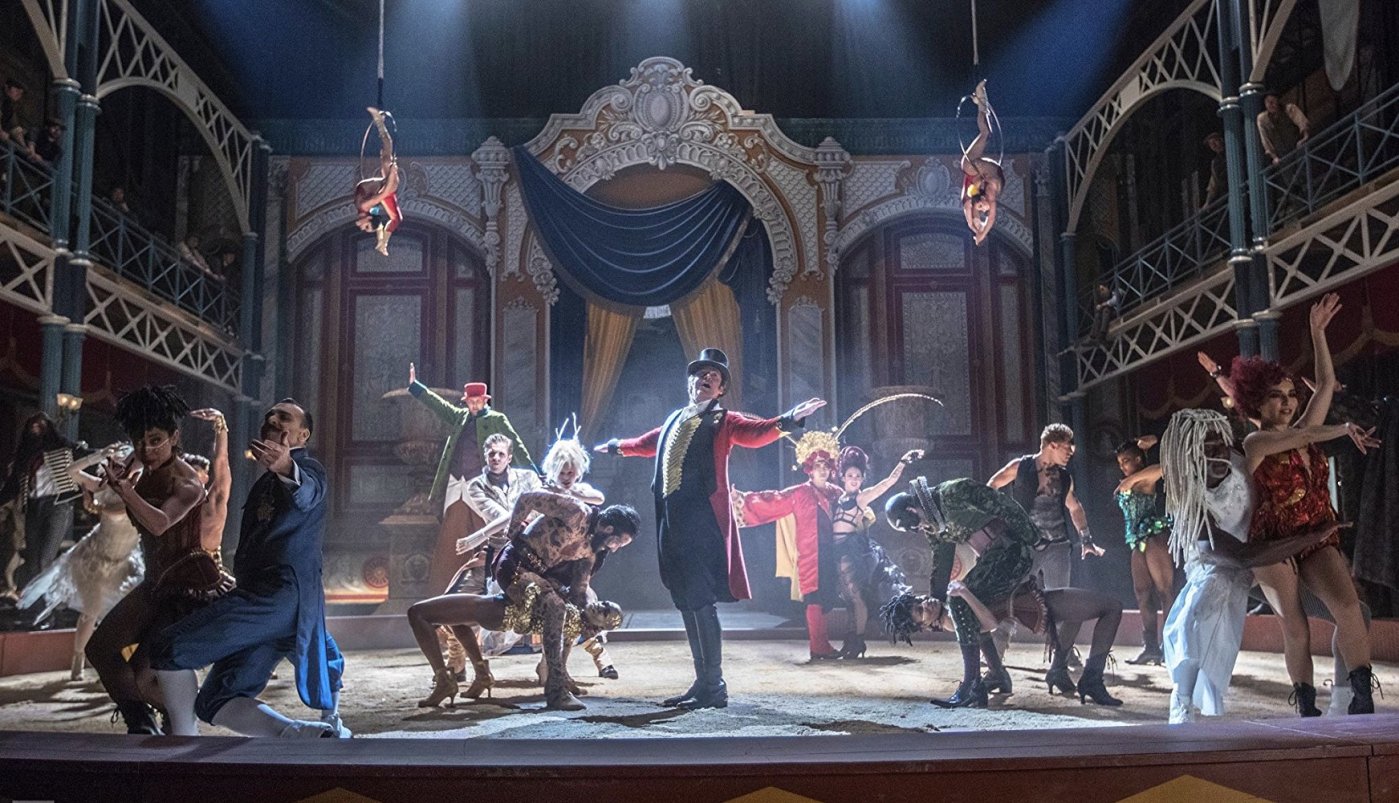 Never let the truth get in the way of a good story might be the best tag line for The Greatest Showman. Todays greatest showman, Hugh Jackman brings to the big screen one of the great showman’s of his time, P.T. Barnum. The Greatest Showman might not be the most historically accurate movie about the entertainer, but that doesn’t stop the movie from being a highly entertaining musical. Full of fantastic choreography and incredible songs that will be stuck in your head until you stream the soundtrack on the ride home, this is one movie fans of stage shows and musicals will not want to miss.

Opening with a musical montage of Barnum as a poor young man trying to survive in a world with no respect for the lower class, as he tries to win the heart of his childhood sweetheart. Together they try to build a life for their daughters in a small apartment in New York as Barnum continues to try and find a way to make money. Taking inspiration from his daughters, he opens up a circus, recruiting an array of outsiders to star in his show, such as the bearded lady, a small person, a dog boy and a trapeze duo. Though the fame or notoriety is not enough for Barnum who wishes to break into the upper class that looked down on him his whole life.

The underlying story is not a fresh story; at its core it is an American Dream story. Barnum wants to elevate himself from his poor beginnings and gain status and wealth in society to the point where he risks losing everything he should hold important. This is something we have seen before, and in that regard the story feels predictable but it does not detract from the enjoyment experienced. The strength comes from the performances, the music numbers and the sheer spectacle that is Hugh Jackman and The Greatest Showman.

This is a role Hugh Jackman was born to play, show casing P.T. Barnum as an entertainer more than a hustler trying to make a quick buck (Barnum allegedly coined the phrase “There’s a sucker born every minute”.) This isn’t the style that Jackman plays this character, instead taking it in a more family friendly approach. The role sees him as a man driven to break his social status and join the wealthy elite in a Great Gatsby style. Despite providing entertainment, his money is new money, never enough to truly obtain an elevated status. Jackman toes the line between likeable and unlikeable, never fully going villain despite some selfish behaviour. It is Jackman’s performance that makes the movie, his ability as a showman and his natural charisma makes for a very enjoyable watch.

The supporting cast are fantastic in their own right. In his first musical performance post High School Musical, Zac Efron has truly come into his own as a performer. He can act, he can sing and he has a great presence throughout the entire time he is on screen. His chemistry with Zendaya is fantastic, with their attraction being felt throughout the movie. Michelle Williams shines next to Jackman as Charity Barnum, his wife who supports him through his endeavours, but never believes he needs more than the love of his family. The remainder of the cast, the circus performers, add so much in the way of depth and emotion to the story. There is no long backstory to each of the performers but the audience can feel the pain they go through, being chastised for their appearance until they find a home in the circus.

The Greatest Showman is pure entertainment, full of fantastic songs that stay with you long after you leave the cinema (I have the album on repeat as I write this). The movie never tries to be more than a fun time with some emotional moments peppered in for the story. There are themes of diversity and tolerance that run through the movie in a mild yet obvious way; playing off the idea that everyone should be accepted for who they are, which leads to a song that will most likely win Best Original Song come award season.

If you are a fan of big show musicals then this is perfect for you.

The Greatest Showman scores 7 out of 10.

Thank you for reading my review of The Greatest Showman. What did you think of this movie? Have you had the music stuck in your head also? Let me know in the comments below.

7 thoughts on “The Greatest Showman Review”