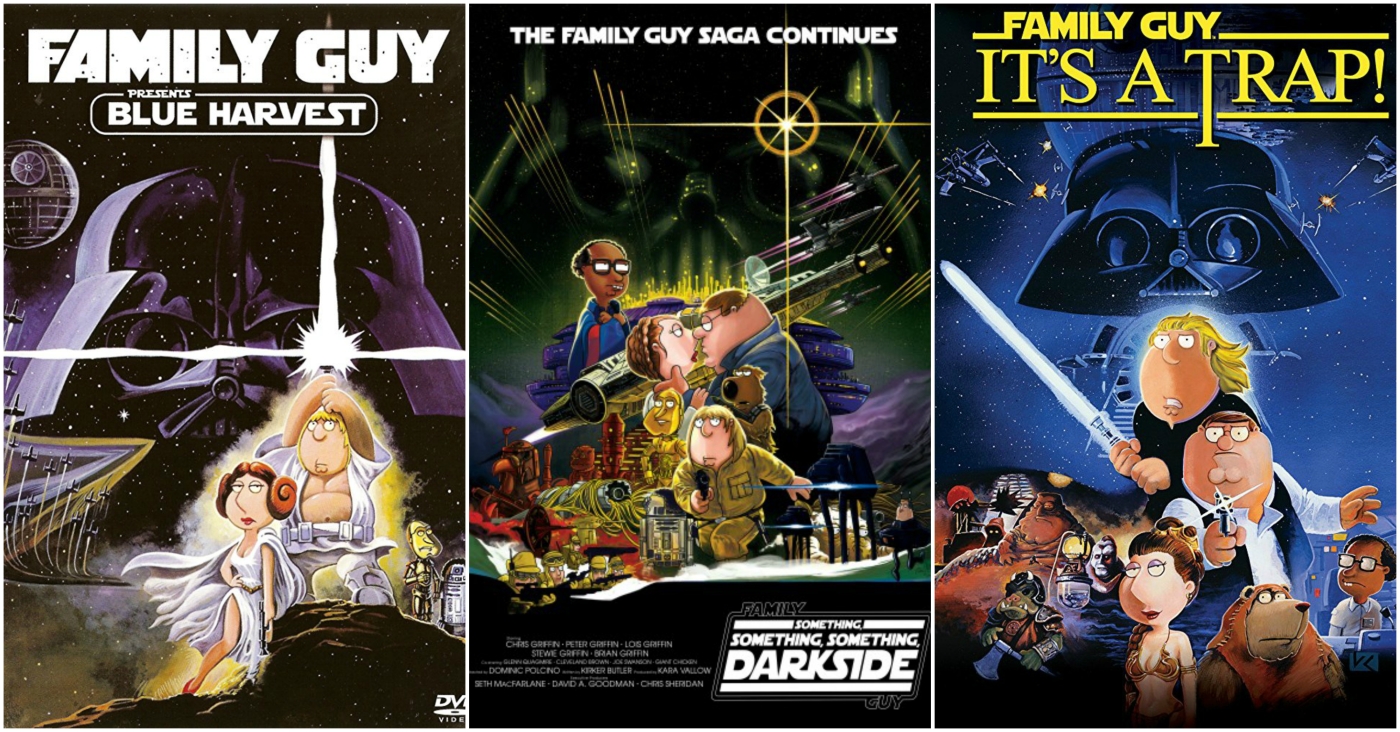 Recommendation: Have you watched Star Wars and thought about some of the silly little plot holes. Maybe you laughed at some of the crazy things George Lucas put into his sci-fi classic. Perhaps you are a fan of Family Guy and that style of humour. Either way, the Family Guy: Star Wars Specials will be a fun watch for you. I have enjoyed Family Guy over the years, coming in and out of following the animated series, but the way Seth McFarlane both mocks and pays homage to the Original Trilogy is nothing short of brilliant. Blue Harvest is perhaps the best of the three, with It’s a Trap starting to reuse some of the good will humour from the first two episodes. If you have been hit by Star Wars fever with the release of The Last Jedi, check out the Family Guy: Star Wars Special.

Synopsis: While the Griffins are watching television one night, the power goes out and they are left sitting in the dark with no other form of entertainment. While they wait for the power to return, Peter decides to tell the story of Star Wars (starting with part four), where the characters from Family Guy are re-imagined as Star Wars characters.