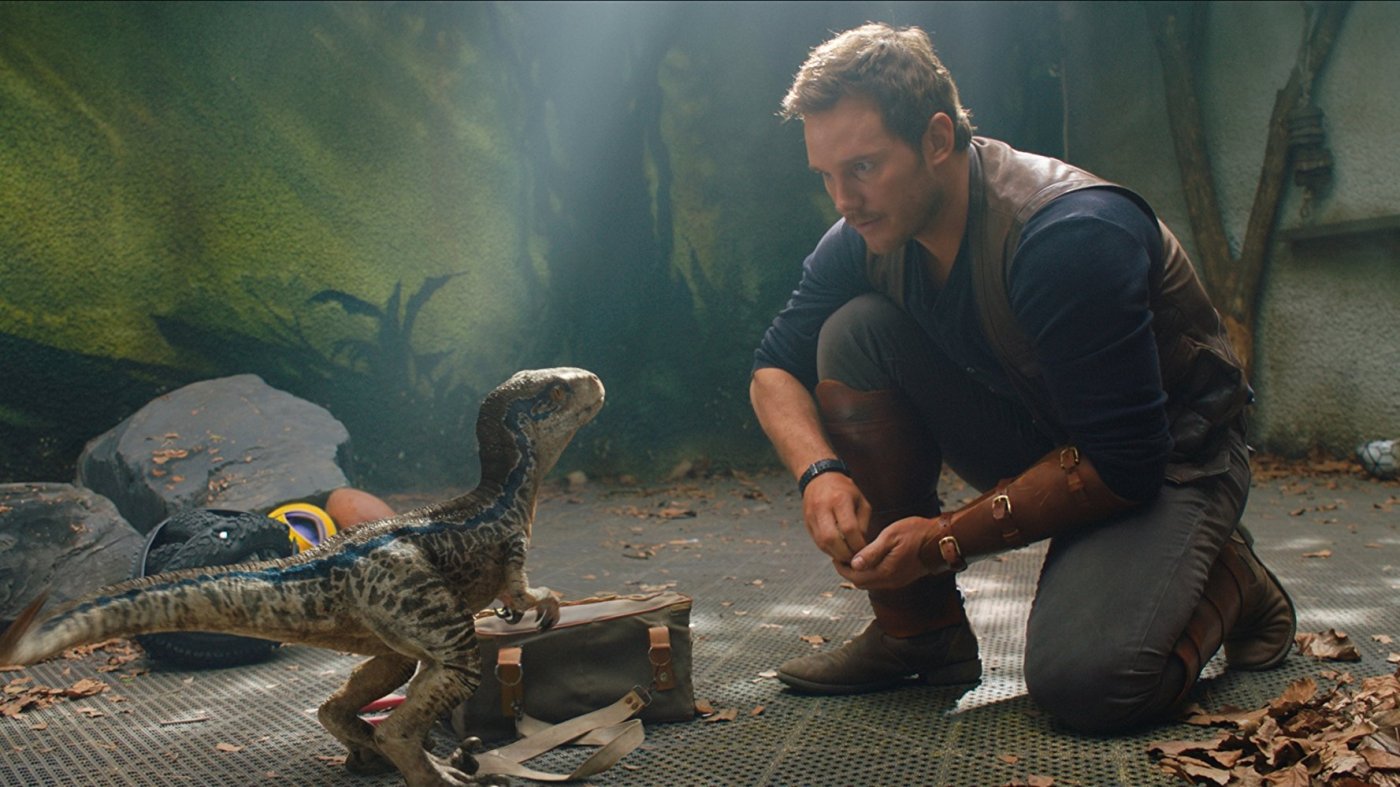 I am a big fan of the first Jurassic World, I know it isn’t a great film but I treat it more as a guilty pleasure. I guess a few people liked it considering it made so much money it warranted a sequel. How you were going to do a sequel without copying what had come before was something that intrigued me, but after seeing the first trailer I am less than impressed. They showed way too much footage that the audience didn’t need to see, and didn’t do anything to try and win over the people who may not have liked Jurassic World after the nostalgia wore off. Those are the people they need to impress, not people like me who will go and see it anyway.

As much fun as I had with the first movie, it definitely lacked the heart that the original film had. The first Jurassic World was more about big action set pieces and cool images, and that worked but for this time round it looks like they are doubling down with the action. It appears they are going to make everything bigger and bigger doesn’t always mean better, especially in cinema. Not only does it look like they showed us how much bigger the movie is, but they also showed us the massive set piece of the film. It would have worked for them to tease the audience with a volcano erupting but to show the lengthy sequence in a trailer was downright stupid. We see them get away and we see them go off the cliff like it is a cliff hanger, pun intended. The Last Jedi trailer ends with a cliff hanger teasing the audience about Rey and Kylo Ren. Jurassic World 2 teases the audience that our heroes are going to die, well that’s not going to happen. Plus showing the audience the T-Rex (aka Deus Ex Machina Rex) saving the day at the last minute ruined any tension for that scene in the movie.

There were a few positives in the trailer, such as the footage of Jeff Goldblum returning to the franchise and delivering his line of “Life finds a way.” I also appreciated seeing Chris Pratt with a baby raptor, but I am an animal lover so that was always going to be something I enjoyed. There are some elements of the movie that intrigue me, such as the idea that the humans and the dinosaurs are in peril and both need to find a way to survive, something not explored in the previous films. Overall I wasn’t impressed with the trailer, given the amount of moments they showed, but this was only the first trailer so maybe the marketing will improve, and maybe when I see the movie I will realise that this trailer spoiled nothing.

It’s been four years since theme park and luxury resort Jurassic World was destroyed by dinosaurs out of containment.  Isla Nublar now sits abandoned by humans while the surviving dinosaurs fend for themselves in the jungles.

When the island’s dormant volcano begins roaring to life, Owen (Chris Pratt) and Claire (Bryce Dallas Howard) mount a campaign to rescue the remaining dinosaurs from this extinction-level event.  Owen is driven to find Blue, his lead raptor who’s still missing in the wild, and Claire has grown a respect for these creatures she now makes her mission.  Arriving on the unstable island as lava begins raining down, their expedition uncovers a conspiracy that could return our entire planet to a perilous order not seen since prehistoric times.

With all of the wonder, adventure and thrills synonymous with one of the most popular and successful series in cinema history, this all-new motion-picture event sees the return of favorite characters and dinosaurs—along with new breeds more awe-inspiring and terrifying than ever before.  Welcome to Jurassic World: Fallen Kingdom.

Directed by J.A. Bayona (The Impossible), the epic action-adventure is written by Jurassic World’s director, Trevorrow, and its co-writer, Derek Connolly.  Producers Frank Marshall and Pat Crowley once again partner with Spielberg and Trevorrow in leading the filmmakers for this stunning installment.  Belén Atienza joins the team as a producer.