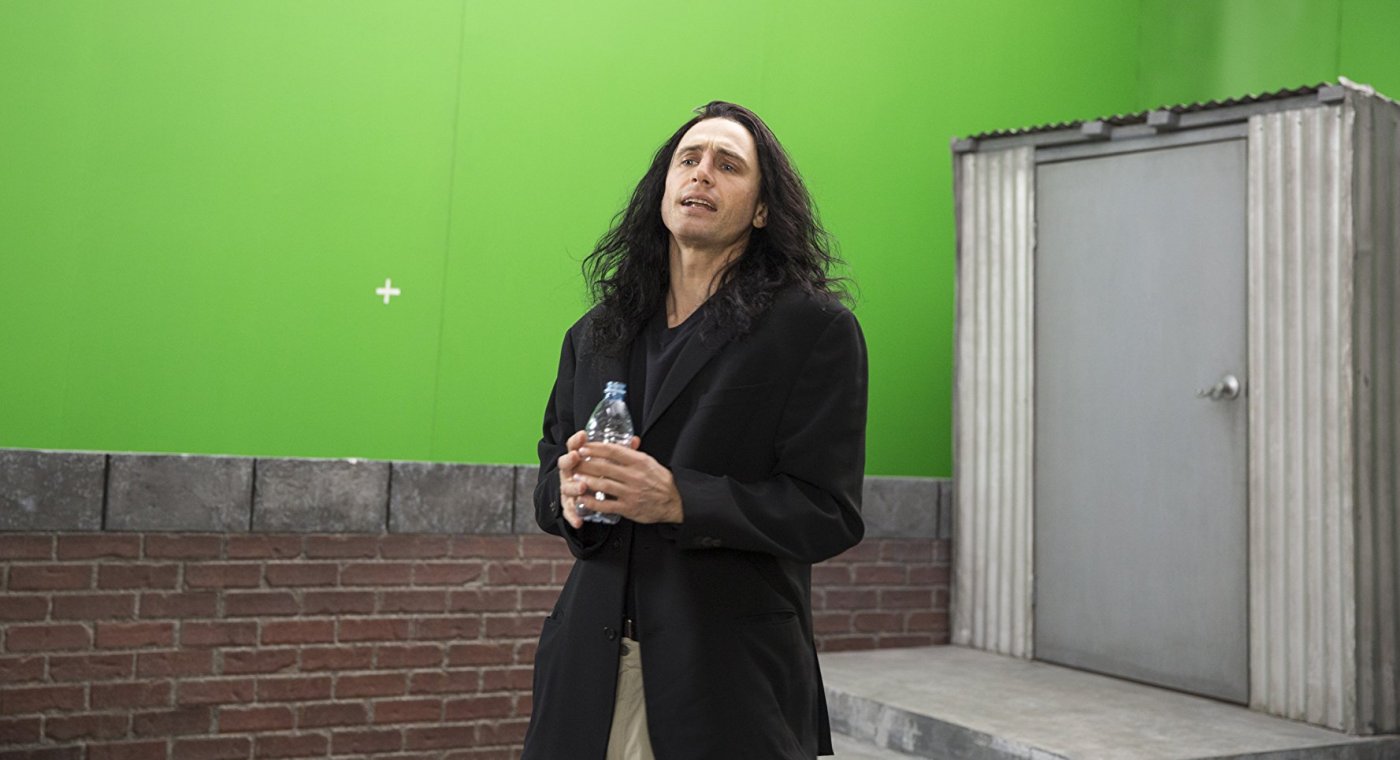 When I first saw the trailer for The Disaster Artist I became intrigued. Watching James Franco as some over the top actor continue to mess up his lines, embarrassing himself until he final delivered the poorly written dialogue in the most uninspiring way was fascinating. What was this movie? What movie were they making? And why was it referred to as the Best Worst Made Movie ever? I had heard of The Room (Not to be confused with Room with Brie Larson) but I was unfamiliar with its cult status, just how popular this movie actually was. I can safely say that after viewing The Room, I still don’t get peoples fascination with it, but it did increase my interest in seeing the movie about the making of the worst movie. Watching The Disaster Artist, it is clear that there is some weird appreciation for Tommy Wiseau and his project, but the movie feels more than just a fan appreciation film, it feels like an adaption of a fascinating story of how a ‘real Hollywood movie’ got made. If you often wonder what goes into making a movie, The Disaster Artist offers great insight into what not to do.

Starting out in 1998, the movie opens with Greg Sestero (Dave Franco) as a struggling actor in a class in San Francisco. When Greg experiences an intense performance given by fellow student Tommy Wiseau (James Franco), he becomes fascinated by the eccentric nature of Tommy. Hoping to learn from Wiseau how to be a fearless performer, Greg and Tommy strike up a friendship, becoming roommates when they both move to Los Angeles in search of glory in Hollywood. As the both struggle to find their way in show business, Greg suggests they make their own movie, to which the surprisingly wealthy Wiseau turns into a reality as he writes, directs, produces and stars in The Room. As production starts and Tommy’s insecurities rise, the friendship between Greg and Tommy begins to crumble under the stress of making Tommy’s vision of a ‘Real Hollywood Movie.’

James Franco becomes Tommy, creating a real character rather than just a parody of Wiseau, transforming himself into the eccentric enigma. The role is more than Franco doing a weird accent, he brings to life a real life person/character that wouldn’t be an easy task. The movie is heightened by the relationship between the Franco brothers, both playing the lead roles as they are able to bring a depth to the relationship that wouldn’t make sense to the audience had it not been for their performance. Dave Franco shows the audience how a young insecure man would be drawn in by the charm and weirdness that comes with someone who appears so confident in their abilities. Ultimately he ends up where the audience starts, questioning how Tommy Wiseau can be the person he is.

The Room definitely isn’t for everyone. Some people definitely won’t be able to see through 100 minutes of one of the worst films ever made even if you don’t take the film seriously. That being said, I believe to truly appreciate what James Franco is going for, as the director and star of The Disaster Artist, then you should see The Room. You don’t have to love The Room, you definitely do not need to see it at midnight screenings and throw spoons at the screen, but to experience how bad it is and how so many of the jokes work in The Disaster Artist it is recommended you do.

The strength of the movie comes from its ability to neither vilify nor romanticise the unique being that is Tommy Wiseau. The audience know how insane he appears, and has no problem laughing along at Tommy’s antics as a filmmaker and a human. Franco doesn’t treat The Disaster Artist as a parody or a fan film, instead he tells the story of two friends trying to succeed in a business that told them they wouldn’t. Above that is a fascinating story about how a movie as bad as The Room got made and ended up as bad as it did.

If you have seen The Room you have to see The Disaster Artist.

Thank you for reading my review of The Disaster Artist. Have you seen it? What did you think? Are you someone who loves The Room? Do you go at midnight and throw spoons? Let me know your thoughts in the comments below.

2 thoughts on “The Disaster Artist Review”