When he is let go from his job for liability reasons involving insurance, Jimmy Logan (Tatum) turns to his brother Clyde (Driver) and his sister Mellie (Keough) to help him pull off a heist. Not just any heist though, he wants to rob the Charlotte Motor Speedway, home of NASCAR. All they need now is a demolition expert; enter Joe Bang (Craig), who just happens to be incarcerated. Naturally, things don’t always go to plan and the team must work against the clock on the busiest race of the year. What could possibly go wrong? This movie was on my most anticipated list and for good reason. Logan Lucky is directed by Steven Soderbergh and stars Channing Tatum, Adam Driver, Riley Keough, Daniel Craig, Sebastian Stan, Seth MacFarlane, Katherine Waterston, Katie Holmes, Hilary Swank and Jim O’Heir

I will admit I am not always a fan of Soderbergh’s films; with some of his films being a little too serious for their own good but he is a very talented director, which is shown with the way he brought Logan Lucky to life. The dialogue is sharp, fast paced and very witty and the characters are fantastic caricatures that do not feel like Soderbergh was trying to mock them. The film could have easily taken cheap shots at people from the southern states of America, but Soderbergh uses this to enhance the story of a group of people who really shouldn’t be smart enough to rob a convenience store let alone pull off this elaborate heist.

The heist itself is extremely clever, not too dissimilar to what Soderbergh created with Ocean’s 11. Multiple times throughout Logan Lucky, I would question if and how this crazy plan would actually work. I think that is part of the charm of Logan Lucky, as the plan unfolds and becomes more ridiculous you will question if it will actually work. It is also a credit to the script and the filmmaking as there is no massive dump of exposition to try and explain everything that is happening, the movie moves forward at its own pace and the story unfolds as the audience needs to learn things. 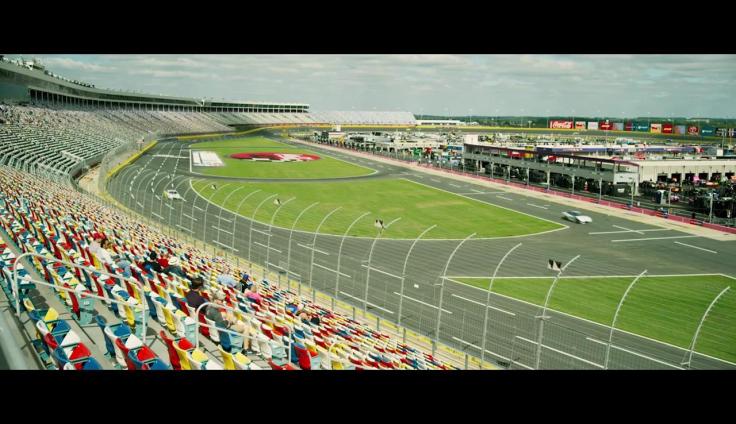 Actors must love working with Soderbergh, as he was able to assemble an all-star cast of talent, who in some cases are only in a few scenes. Channing Tatum is an excellent leading man who does both comedy and drama extremely well. He was perfectly cast for this role, where he is able to play the guy who might seem simple but he definitely isn’t dumb. He has great chemistry with Adam Driver who is playing his brother, another great casting choice. The best character in the film though is Daniel Craig as Joe Bang, in what would be considered Craig’s best non-Bond performance of a long time. He has great comedic timing that makes him the standout of the film, just watch the trailer to get a small taste of how good he is in the film.

I found Logan Lucky to be a really funny movie; in fact, there were times I was laughing out loud, despite being in a relatively empty cinema. The jokes were extremely smart and funny but not as memorable as I would have expected. Some of the best ones stuck with me but there were moments that I can remember the plot but not the jokes. The Game of Thrones jokes were so clever and relevant, highlight just how massive the HBO series is, and the chemistry lesson may be one of the best jokes regarding the intelligence of the protagonist.

The movie is made in the similar style of Soderbergh’s Ocean’s 11 and 13 movies, where a team comes together to pull of an elaborate heist. Those movies had clever humour woven into the sometimes complex plot, Lucky Logan a different type of humour often laughing along with the simple jokes. I found myself at several points laughing out loud, even without a crowded cinema. I know I have compared this film to the Ocean’s films but it does stand alone as a great film, in fact the film even makes reference to the robbery being done by Ocean’s 7/11. Though one thing is for sure, as soon as I was done watching Logan Lucky I wanted to see it again.

See it if you enjoyed Ocean’s 11 and can appreciate red neck humour.

Thanks for reading my review of Logan Lucky, what did you think of the movie? Do you plan on seeing it? Let me know all your thoughts in the comments section below.